I’m looking for  help on finding good TV in the upcoming Fall season. I don’t have lots of time to watch TV.  Between the crazy day job,wanting to spend time with the kiddos and the Main Man, and carving out my time to write every day – well, I haven’t figured out how to squeeze out more than 24 hours in the day.

So, the TV time is limited. I even DVR several shows and I’m always weeks behind. I’m useless at the watercooler on Monday Morning when folks discuss TV happenings and I would be the worst Nielson rating person ever.  I don’t watch any reality TV because the people in my life are crazy enough – thank you very much.

I’m selective with my TV time but I’m also a loyal watcher if you can get me hooked. My all-time favorite show (and the best written show ever on TV) was Buffy the Vampire Slayer. I watched it for  ten years from beginning to end and I went into a little bit of a depression when it ended.  Joss Whedon is a genius. (and David Boreanaz is hot)

I also was/is a huge Smallville Fan. I’m an out-and-proud comic book geek and I loved this spin on the mythology.  MyFriday nights are going to be very lonely without my weekly date with the lucious Tom Welling:

Recently, I’ve noticed the ads for the upcoming Fall season and nothing has grabbed my attention yet.  But, I only have time for maybe one more addition to my “must-see” weekly line-up because my dance card is already filled with:

Bones – again, David Boreanaz gets even hotter with age. (But a sidenote to the producers of the show – I’ve been waiting for 6 seasons to see them get together – this had better be the one!)

Being Human.  I’m kinda over the whole vampire thing but the characters in this series ( a remake of the original, brilliant British series) grabbed me from the first episode. (And Sam Witwer is HAWT!)

And last but not least – my weekly, medicinal dose of Alex O’Loughlin – Hawaii 5-0.  The dialogue is snappy and the plot twists at the end of the last season were epic. And, at least once an episode Alex takes his shirt off – I’m easy to please. (gratuitous example provided below) He’s been a favorite actor of mine for years (Moonlight, Three Rivers, The Shield) and I am so glad he has a hit.

So, any suggestions for a possible new show for me?  What are you favorite shows? 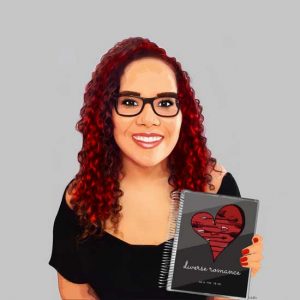