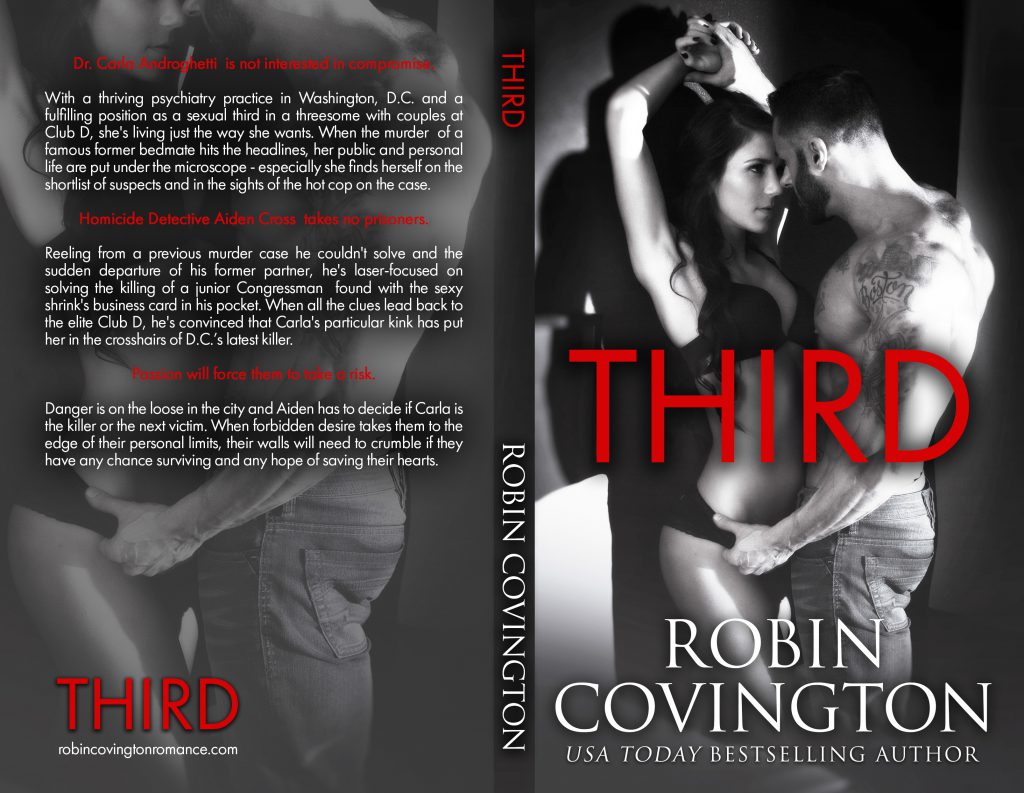 Reeling from a previous murder case he couldn’t solve and the sudden departure of his former partner, he’s laser-focused on solving the killing of a junior Congressman found with the sexy shrink’s business card in his pocket. When all the clues lead back to the elite Club D, he’s convinced that Carla’s particular kink has put her in the crosshairs of D.C.’s latest killer.

Passion will force them to take a risk.

Danger is on the loose in the city and Aiden has to decide if Carla is the killer or the next victim. When forbidden desire takes them to the edge of their personal limits, their walls will need to crumble if they have any chance surviving and any hope of saving their hearts.

Can’t wait to meet Carla?  She was a character in RUSH. You can buy it at these retailers:

Atticus Rush doesn’t really like people. Years in Special Ops and law enforcement showed him the worst of humanity, making 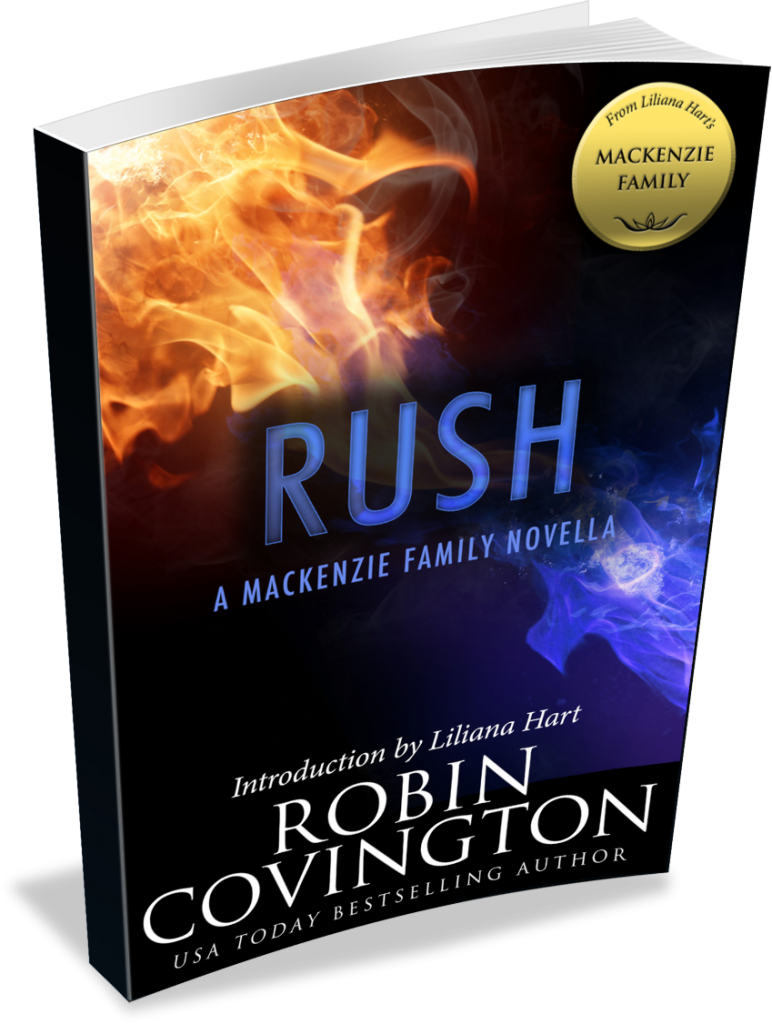 his mountain hideaway the ideal place to live. But when his colleagues at MacKenzie Security need him to save the kidnapped young daughter of a U.S. Senator, he’ll do it, even if it means working with the woman who broke his heart ¼his ex-wife.

Lady Olivia Rutledge-Cairn likes to steal things. Raised with a silver spoon and the glass slipper she spent years cultivating a cadre of acquaintances in the highest places. She parlayed her natural gift for theft into a career of locating and illegally retrieving hard-to-find items of value for the ridiculously wealthy.   Rush was the one man who tempted her to change her ways¼until he caught her and threatened to turn her in.

MacKenzie Security has vowed to save the girl. Olivia can find anything or anyone. Rush can get anyone out. As the clock winds down on the girl’s life, can they fight the past, a ruthless madman and their explosive passion to get the job done?